Helping Your Child With ADHD and LD 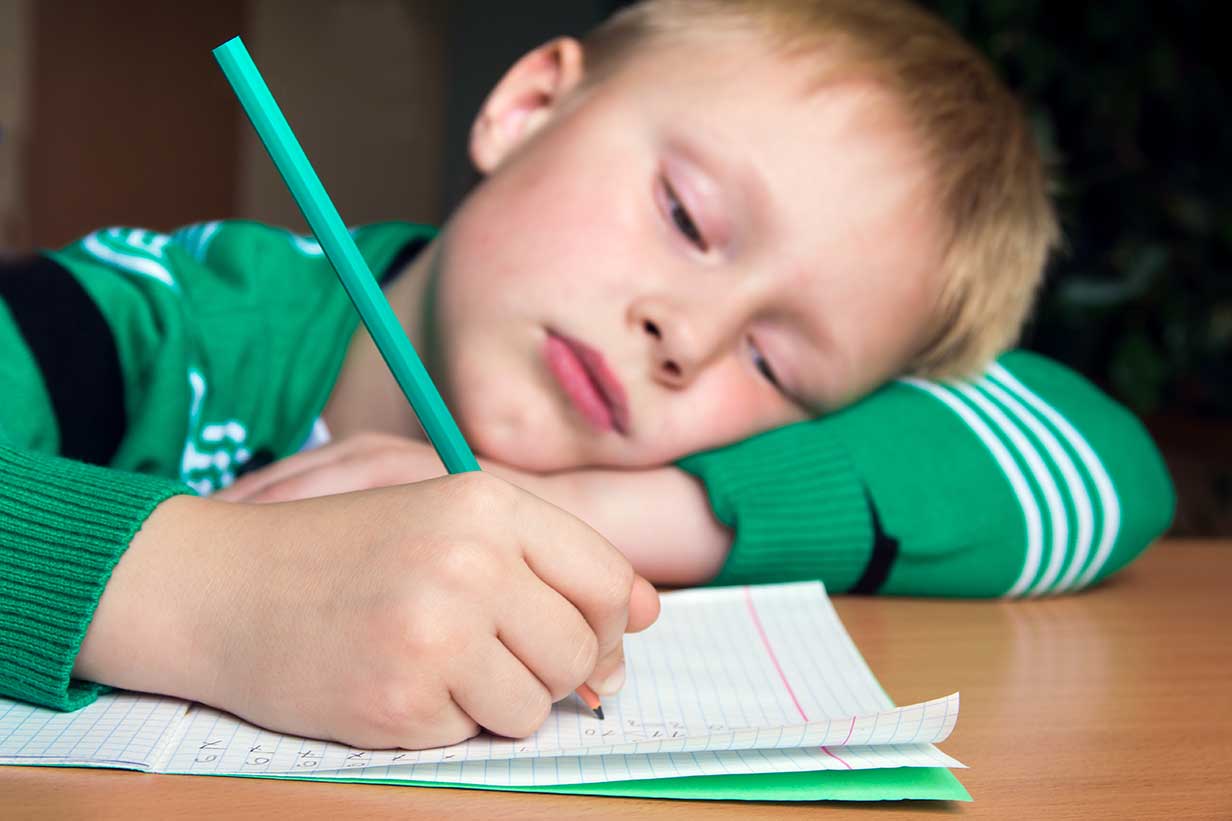 As a young, pre-school child, Christie was the most affectionate, enthusiastic and happy child among her rather large circle of friends. She was popular with her peers and adored by most of her friends' parents and other adults in her life. This was clearly a bright, creative girl with a ton of ability and a shining personality to match. She became the biggest source of joy in her parents' life.

Christie's parents began to notice signs of learning difficulties shortly after she started first grade. She struggled with reading and learning new facts in school. Her teacher described a high degree of distractibility, restlessness, and difficulty following directions. After speaking with Christie's parents and teacher, her pediatrician diagnosed her with ADHD and prescribed a stimulant medication.

The medication helped reduce Christie's excessive distractibility and restlessness. Unfortunately, the learning problems continued. She still had difficulty reading and struggled to learn her spelling words. Perhaps the ADHD was still impairing her concentration and memory functioning; it was difficult to tell for sure. It took Christie an inordinate amount of time to complete her homework, but her parents knew this was not uncommon for a child with ADHD.

By second grade, study time became a nightly battle to get Christie started on her homework and keep her on task. The quality of her work was very inconsistent. The most frustrating part was that her parents and teachers knew she was bright and capable of much better work. The more Christie's parents pushed her, however, the more frustrated, upset, and reluctant she became to applying herself to schoolwork.

"Christie, you're not even trying!" her father admonished the girl during another frustrating evening at the homework table. "I AM trying!" she yelled back at her dad with hurt and bewilderment in her voice. An argument followed, which ended with the homework assignments scattered on the floor and Christie running, crying, to her room. Why did her parents think she was lying? Why did they keep picking on her? And, finally, she asked herself, what is wrong with me? Maybe she was stupid after all, as her younger brother delighted in telling her.

By third grade it became evident that Christie was falling behind her classmates in reading, spelling, and learning facts in a number of subjects. Her mother spent longer hours working on homework with her, which often left both of them frustrated and angry at each other. Her parents began to worry because in addition to Christie's academic struggles they were also seeing changes in her personality. Their enthusiastic, affectionate, happy child was becoming serious and withdrawn. The once carefree, fun-loving Christie now looked anxious, tense and stressed.

As Christie's struggles continued her frustration and confusion grew. She lost confidence in her academic abilities, and not surprisingly also lost her enthusiasm for school. She became more angry and oppositional at home, particularly towards her mother. She argued and fought with her brother constantly, who in turn resented Christie because she was getting so much attention from their parents. Christie didn't want the darn attention — she was sick of it! She withdrew from the family and spent more time in her room. Christie looked, felt, and acted like a child who was not having any fun. She became the biggest source of worry and concern in her parents' life.

Something had to give, Christie's parents decided, because things were only getting worse. They requested a meeting at school with her teacher and principal. That meeting led to a decision to have Christie tested by the school psychologist as part of a comprehensive educational evaluation. Perhaps, they wondered, ADHD wasn't the only problem.

The results from the psychoeducational testing showed their concerns were legitimate. In addition to ADHD, Christie was also diagnosed with Developmental Reading Disorder, also known as dyslexia. It is one of the most common types of learning disabilities, her parents were told. Treating the ADHD did not address Christie's learning problems. As it became painfully clear, she continued to struggle academically and suffer emotionally.

The term learning disability, or LD, covers a lot of territory. Neither does it give itself to a neat, concise definition. Of all the complex things in the known universe, the most complex is the human brain. People learn different types of information in unique and idiosyncratic ways. Individuals with LD are people of average or above average intelligence, who process certain types of information differently. When these differences cause significant impairment in a person's ability to read, write, speak, spell, do math, or build social skills, for example, we call that a learning disability.

Learning disabilities affect one in every seven people, according to information from the National Institutes of Health. Research studies have shown that, depending on how learning disorders are defined, between 25 percent to 50 percent of children with ADHD also have one or more co-existing learning disabilities. Children who have both ADHD and LD are at greater risk for academic difficulties, emotional problems such as anxiety and depression, and difficulties with social and family relationships.

Like Christie, many children with ADHD and LD suffer chronic frustration and repeated failures that take a devastating toll on self-confidence and self-esteem. The emotional problems associated with such failure experiences are just as debilitating as the learning and academic problems. Like Christie, many of these children are happy and high functioning in the preschool years. When they start school however they are likely to experience high levels of emotional stress, feelings of insecurity and inadequacy, anxiety associated with expectations of failure, and sometimes childhood depression. The emotional problems are likely to become worse over time as the child falls behind peers in knowledge, skill building, and achievement.

Difficulties with social skills and social relationships commonly associated with ADHD may also be compounded by a co-existing learning disability. Delays in emotional and social maturity are associated with both ADHD and LD. Children may have more difficulty reading social cues such as body language, expressing themselves well verbally, and learning from their mistakes.

A key in treating learning disabilities is to identify them and provide effective interventions as early as possible, preferably before the 4th grade. In a study by the National Institutes of Health on problems with language and reading, the most common types of learning disability, it was found that 67 percent of young students identified as being at risk for reading difficulties were able to achieve average or above average reading ability when they received help early.

It is essential for all parents, but particularly for parents of children with ADHD, to recognize the early warning signs that may be suggestive of learning disability. In the preschool years some of the symptoms may involve delays in talking, slow vocabulary growth, problems in learning the alphabet, learning numbers, learning basic facts such as the days of the week, trouble interacting with peers, and poor ability to follow directions or routines. In the early primary school grades common symptoms may also include frequent errors in reading and spelling, transposing numbers, confusing arithmetic signs, lack of planning, poor coordination, and being prone to accidents.

What Parents Can Do

If you suspect that your child has a learning disability, ADHD, or both, it's time to take action. Get informed, become proactive, and if necessary get assertive to obtain the help your child needs. Become thoroughly familiar with the different types of services available for children with ADHD and LD, and the legal rights and resources available to children with disabilities under the Individuals With Disabilities Education Act (IDEA), Section 504 of the Rehabilitation Act of 1973, and the Americans with Disabilities Act (ADA).

When Christie continued to have academic problems even after her ADHD was treated, her parents took appropriate steps to contact the teacher and principal and requested a thorough educational evaluation. The educational testing uncovered Christie's learning disability and provided a much clearer picture of her academic struggles. Finally, the parents worked with the school to help develop an individual educational plan (IEP) that provided Christie with the help she needed.

Christie is one of the fortunate children whose ADHD and LD are diagnosed and treated at an early age. She works with a remedial reading specialist at school and is showing significant improvements in reading skills. Homework is still a struggle at times, but Christie knows that with some help from others and a little more effort on her part she can do well in school. She no longer feels so helpless, misunderstood, and inadequate, which in itself makes a world of difference in her mood and her level of motivation.

In addition to the educational interventions, Christie works with a therapist who is helping undo the emotional damage and rebuilding her shattered confidence. Her parents are happy to see Christie enjoy a healthy level of achievement and success, and to see the nightly homework battles become infrequent occurrences rather than the norm. Even more importantly they are enormously relieved, and thrilled, to see the enthusiastic and fun-loving Christy running around the house again.

Fifteen Strategies For Helping Children With ADHD and LD