An Adult With ADHD 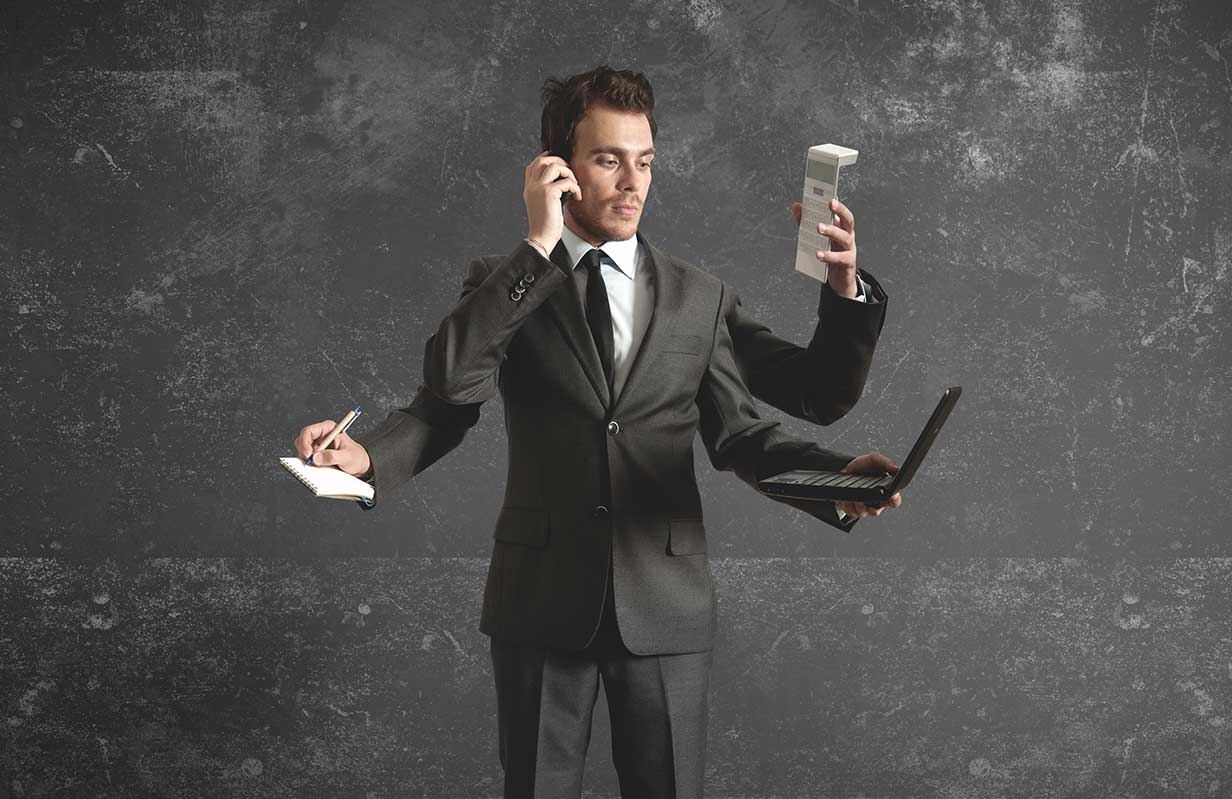 You may know Tom, or someone like him. He's a friendly and energetic guy with a smile for almost everyone he meets. He owns and manages his own small business, which makes a profit but is not as successful as it could be if Tom "ran a tighter ship." Things don't always go smoothly or on schedule, but they do get done eventually. Often Tom feels stressed to the point that his obligations and responsibilities seem overwhelming. The pressure and stress have become a chronic, daily part of his life. He is fueled by caffeine from early morning until after dinner.

It's not that Tom doesn't care or work hard. He cares very much about his business and employees, and puts in long hours. Very often however Tom starts on one thing, and before he knows it something else captures his attention and he's off doing that something else. For a while, anyway. Right now there are eleven projects which require his attention, each at a different stage of development. Tom gets bored quickly, his mind gets distracted easily, and his focus and attention shift unpredictably. Paperwork is the bane of his existence, which means that often it simply does not get done until his back is against the wall. On the plus side, Tom is a very creative and innovative individual with lots of good ideas. His spontaneity, energy, and emotional honesty make him well liked by his customers and employees.

When he was a child Tom was fidgety and physically restless, but now the physical restlessness has pretty much toned down and he just feels mentally restless much of the time. He has little or no patience for the mundane things in life. Typically things that are new or challenging in some way will get his attention and hold it for a while. When he gets involved with a project which really grabs his attention he can become hyperfocused on it for hours or even days on end, to the exclusion of almost everything else.

Tom has always been poor at keeping things organized. He often misplaces things, and forgets appointments and other things he has to do. This does not mean that Tom is stupid or intellectually deficient by any means — on an intelligence test he scored within the top twenty percent of adults his age. As a youngster he was described as a bright child who never applied himself consistently. The phrase "does not work up to potential" followed him around from grade to grade, report card to report card. In many ways he sees himself as an underachieving adult, which adds to the frustration and vague feelings of guilt.

Things were rocky at times at home also, due to continuing conflicts over things not getting done when they should have been. Sometimes his wife Lynne interpreted Tom's failure to carry out household responsibilities as a lack of caring towards her and the family. Lynne saw how hard he worked however, so she knew that he was not lazy. Heart to heart talks and promises made never seemed to last very long. He was impatient with the children and sometimes blew up at them in fits of anger over fairly trivial things. His hot temper and yelling scared the children and left Tom feeling guilty and frustrated. Lynne could see that he was tense and on edge much of the time, frustrated with his life and losing confidence in himself. She suspected that he might be getting a little depressed as well.

Lynne finally became fed up and dragged the both of them to an appointment with a psychologist. After going through an evaluation, which included an extensive history and filling out behavior rating forms and symptom checklists, Tom was surprised to hear that he is an adult with Attention Deficit Hyperactivity Disorder (ADHD — or ADD for short). His sister's child Sara had been diagnosed with ADHD and was being treated with medication, but she was ten years old. Wasn't ADHD a kid's disorder? As it turns out, the answer is "no."

Research findings tell us that between 5% to 7% of children in the United States have ADHD. That is perhaps one child in a classroom of 15 or 20, certainly not the "epidemic" which the media likes to sensationalize at times but still a large number of kids. What is not as commonly known is that most of those children continue to have significant problems related to their ADHD symptoms into adulthood, usually for the remainder of their lives.

Although the exact nature and severity of symptoms differ from person to person, typically the symptoms may include being distracted easily, mental restlessness, impulsivity, lack of patience, being quick to emotional arousal and anger, difficulty completing tasks, and frequently losing and forgetting things. These symptoms are not due to some defect of character or personality, but most certainly are biologically based and related to how the brain functions. ADHD tends to run in families, which suggests a strong genetic component to it.

Unless the symptoms of ADHD are treated properly, they can cause havoc with the person's ability to be productive at work and to have stable family and social relationships. On the plus side however, once ADHD is accurately diagnosed it is very treatable. Clinical experience tells us that the most effective treatment is a combination of medication (if necessary, because not every person with ADHD requires medication) and counseling or coaching to work on developing coping skills and maintaining productive and healthy behavior.

It is important for any individual with ADHD to acknowledge that he or she needs to make accommodations for the ADHD symptoms, to take responsibility for seeking professional help when necessary, and never to use their ADHD symptoms as excuses for lack of responsibility or relationship problems. ADHD symptoms such as distractibility, impulsivity, emotionality, or disorganization can be used to help understand the person's behavior, but the next necessary and crucial step is to modify problem behaviors and manage the ADHD symptoms so they don't continue to cause problems in the future.

Both employers and adults with ADHD who are employees need to be aware that ADHD is recognized as a disability under federal law, the Americans With Disabilities Act. As such it is illegal to discriminate against a qualified applicant or employee based on their ADHD. Furthermore, employers are required to make reasonable accommodations for their employees who have ADHD, no differently than for anyone with a physical or mental disability.

What constitutes a "reasonable accommodation" will of course depend on the individual and the nature of the job he or she is doing. Some examples might include reducing distractions in the environment (for example providing a quiet space or setting up a partition), or tailoring job responsibilities to make the best use of the individual's strengths. Ideally accommodations will end up benefiting not only the employee with ADHD, but also the employer in terms of having a more productive and happier employee.

The positive side of ADHD is one that is often overlooked: many people with ADHD have a high level of energy, enthusiasm, creativity, and a passionate commitment to things which interest them, which in turn helps them excel in many occupations. Each person has their own particular blend of strengths and weaknesses of course, however many adults with ADHD do well in careers which involve creativity and change, such as sales or marketing, and in many jobs which require troubleshooting skills. When ADHD is properly treated and managed well, it very often ceases to be a serious handicapping condition.

Perhaps some of you are wondering, what happened to our friend Tom? Tom is a real person; his name and some background information have been changed to protect his privacy. Following the initial evaluation and diagnosis, Tom worked with a therapist to help him better understand his ADHD behaviors and more importantly to learn coping skills which help him manage the ADHD symptoms. He was seen by a psychiatrist for a medication evaluation and was prescribed a stimulant medication, which made a big difference in decreasing the severity of most of the ADHD symptoms. He is better organized, more productive, and his moods are more on an even keel.

Tom's wife also attended a few marital sessions with him, which helped decrease tensions and improved understanding and co-operation in the marriage. Tom is still Tom, but now Lynne gives him more hugs and rarely feels like strangling him any more. They both read books about ADHD, and are still learning how ADHD behaviors affect them as a couple. Tom participates in an adult ADHD support group which helps with sharing information, learning coping strategies, and receiving support when things get rough. He has reached an understanding of what ADHD is, and has accepted that it is simply one part of him which he needs to work with and manage for the rest of his life. The good news, as Tom is proving every day, is that ADHD can be managed very well.