How to Mediate Sibling Squabbles 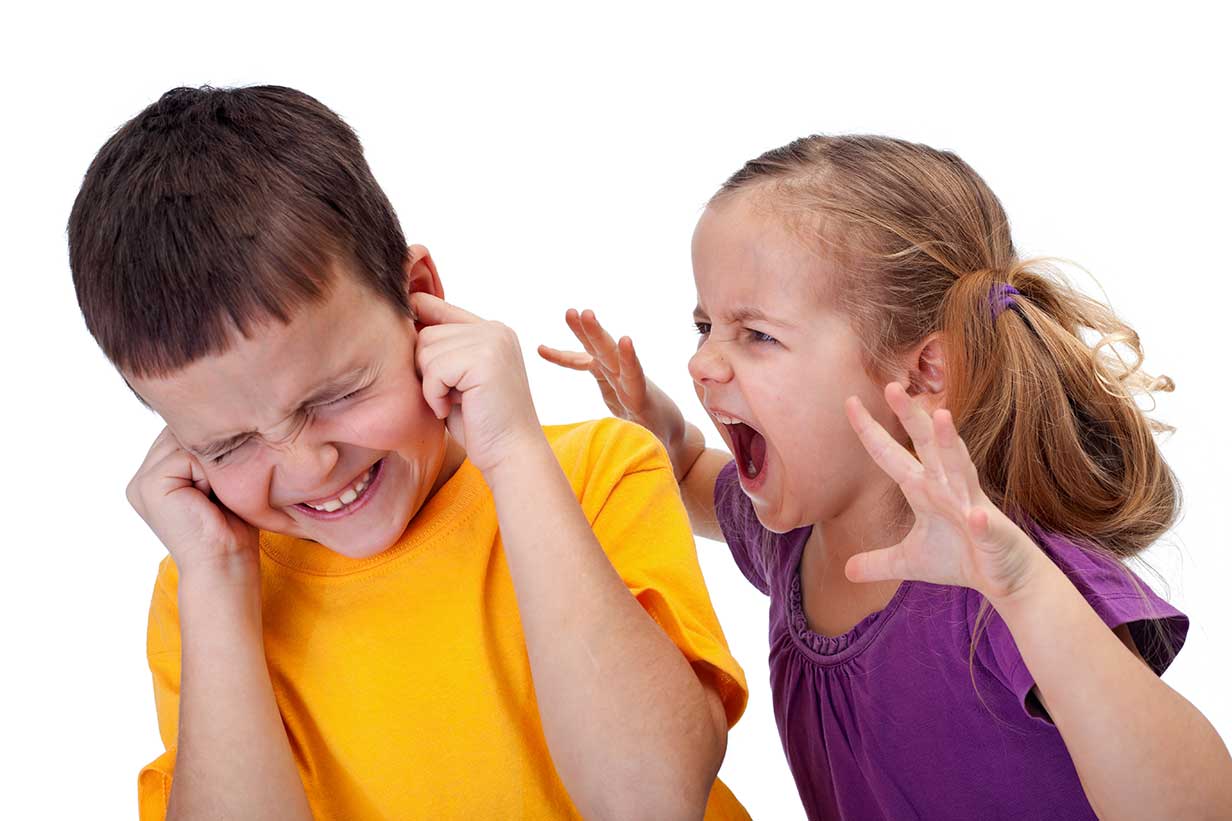 It seems like a natural law of family life that siblings will get into squabbles and conflicts. The question is not if, but rather when, how often, how intense the conflicts get, and how they get resolved. A crucial factor in this equation is, of course, how the parents respond when the squabbles flare up.

When one or both children have ADHD the conflicts may happen even more frequently and reach levels of intensity that threaten to blow the roof off. It is common for the non-ADHD child to resent the sibling with ADHD because of all the attention (positive and negative) she may be getting. It is also quite common for the ADHD child to resent the non-ADHD sibling because, well, how come he never gets punished!

The challenge for parents faced with what may seem like a no-win situation is to keep our goals humble and practice damage control. Sibling conflicts cannot be prevented, unless children stop being children — surely not something to be wished for even it that were a possibility. Conflicts can be managed, however, to make family life more pleasant, keep squabbles within manageable limits, and prevent serious damage from being done.

Below are some fair-parenting rules to consider for mediating and decreasing sibling conflicts.

Don't get caught up in the blaming game. It is basic human nature to believe that in any conflict, it is always the other person's fault! (If this were not the case, there would be no conflict to begin with). As tempting as it may be to try and figure out where the blame lies in a conflict, it is usually a mistake for a parent to do so. Is there a more useless question than "who started it?" The answer is always the same: "she started it!" or "he started it!"

Family rules and expectations for good behavior apply to everyone, equally. Having ADHD doesn't excuse any person from behaving responsibly and treating others respectfully. Impulsivity, for example, is never an excuse for saying or doing hurtful things. Being distracted or forgetful should never be accepted as a justifiable explanation for why the dog did not get fed. If this principle of equal expectations is not followed it will likely generate a great deal of resentment from the non-ADHD sibling towards the child with ADHD. The perception would be that the ADHD child is getting preferential treatment and allowed to get away with murder — and the perception would be right!

Don't throw gasoline on the fire. When emotions heat up in the middle of a conflict, the best thing a parent can do is to keep cool and maintain an even temperament. This is particularly true when dealing with a child with ADHD. If you, the parent, lose your temper, how can you expect the child to control his? Maintain a focus on problem solving and finding solutions, not winning an argument or venting anger and frustration.

Make it clear that being treated fairly doesn't always mean being treated equally. Based on age, maturity level, and a particular child's needs, there are times when different rules and privileges are justified for different children. For example, an older child may deserve to have a later bedtime. A child with ADHD may need more help with homework. While some children might initially resent these different standards, they will be more likely to accept them if the reasons are explained to them in terms they can understand.

Violence is never acceptable. "Don't hit, don't hurt" is a basic rule that should be taught (and enforced) from the time children are old enough to understand the concept. Frustration, hurt, and anger are normal and sometimes very powerful emotions, however they must be expressed in words, via conversation, and never through physical violence or aggression. If fighting persists, the best strategy is to discipline both children equally every time a fight breaks out.

Intervene quickly and assertively if conflicts become physical. Immediate parental intervention is necessary if a conflict escalates into a fight. This is true for all children, but, again, considering the high levels of impulsivity and emotionality often associated with ADHD, may be even more applicable when one or both children have ADHD. Talking out the problem may need to wait until after the children have been separated for a cooling off period, in separate rooms if necessary.

Parents make the final decisions. This rule is non-negotiable because if the parents aren't in charge, then nobody is. Some of the more stubborn children may complain, but then again — who said life is always fair?