How To Avoid Being An Overprotective Parent 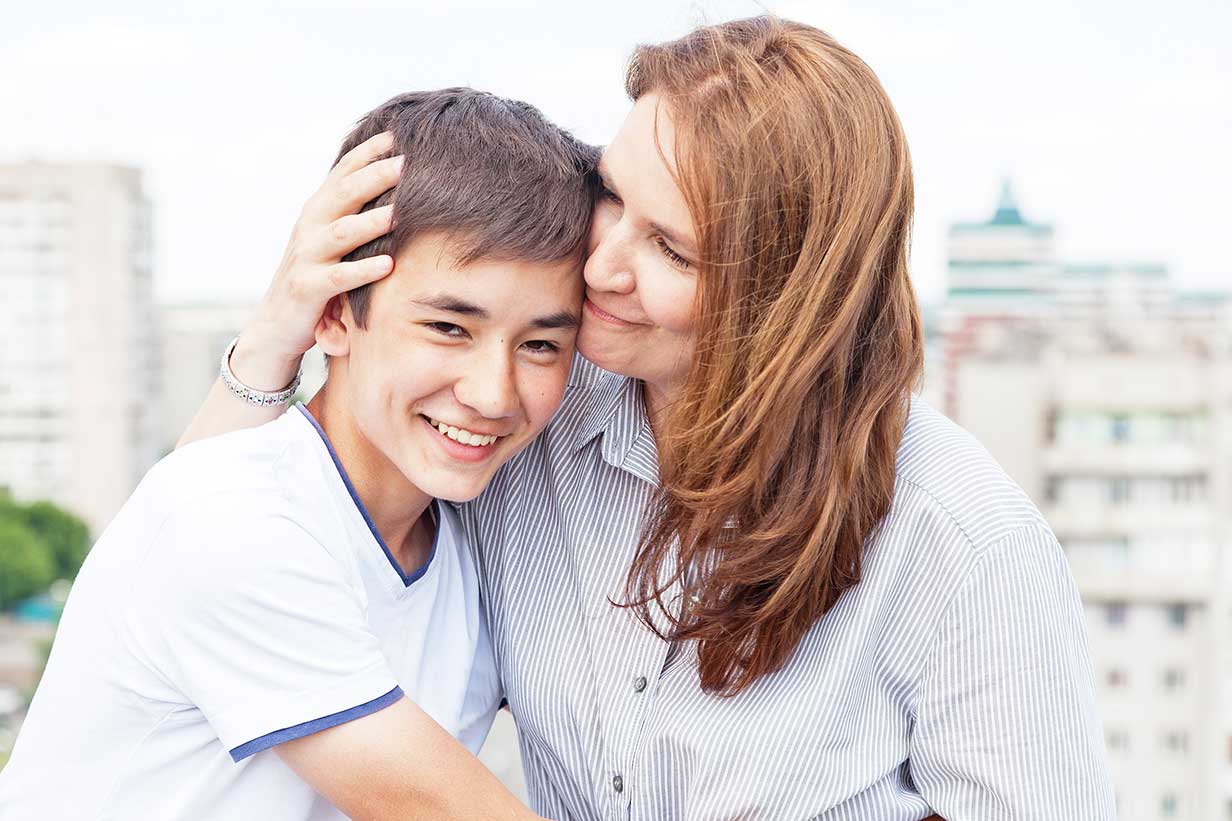 I saw Donny for an evaluation shortly after his 11th birthday. Like many other parents, his mother Christine reacted to his ADHD diagnosis with mixed feelings. There was some sadness in acknowledging that her son was not "perfect," and that the ADHD was not going to go away. There was concern about the implications of his diagnosis for his future. There was also hope for a better future based on greater understanding and a treatment plan that included academic accommodations, therapy, and medication. Most of all, there was a powerful determination on Christine's part to do whatever was necessary to help her son.

Donny's mom became the boy's champion, protector, and advocate. She coordinated with Donny's teachers, school counselors, soccer coaches, piano teachers, and parents of friends to make sure that they understood his needs and treated him fairly. She attended IEP meetings and helped shape his academic planning. Morning, homework, and bedtime routines were established to make life at home more structured and manageable. Donny thrived from the caring, attention, and supportive structure set up for him.

I saw the family again when they returned to my office three years later. Sadly, things were not going well at that point. Donny was experiencing many of the same problems he had in the past. He was angry and increasingly defiant at home. His schoolwork deteriorated into the old familiar pattern of procrastination, lack of organization and planning, and maddening inconsistency. He began to rebel against taking his medication or going for after-school academic support.

Grounding and other forms of discipline had little effect on Donny's behavior. Christine expressed worry about his choice of friends. They were not, she was certain, a good influence on him, and she encouraged him to expand his choice of friends. Donny became more withdrawn from family life and spent more time in his room or with his friends. Christine was the same concerned and motivated parent, but feeling stuck and spinning her wheels in dealing with her son. What happened, she wondered?

Things had indeed changed. For one thing, Donny was not the same youngster at fourteen that he had been at eleven. His perceptions, expectations, and needs changed — in some ways drastically so. To hear Donny describe things, the caring and dedicated mother had undergone a startling transformation into a controlling, demanding parent. She nagged him constantly, about "everything!" His mother was always looking over his shoulder, checking up on him, and bugging him about his friends. Why couldn't she just get a life and get off his back?

Christine's dilemma was not that she wasn't trying to be a good parent. In a way, the problem was that she was trying too hard. The take-charge, proactive parenting that had worked so well for years now felt controlling and smothering to the teenaged Donny. He didn't want to be taken care of — he wanted to feel more independent and mature. He was embarrassed to have his mother check with his teachers every week to monitor his academic work. The schedules and routines set up at home three years ago now felt like a cage to him. Many of the family rules felt like an attempt to control him and limit his freedom. For that matter, so did taking medication for his ADHD. Donny was sick and tired of anything having to do with ADHD! What he wanted most was simply to be like other kids his age.

As Christine began to realize how Donny had outgrown many of the old expectations and strategies used to help manage his ADHD, her attitudes and behavior began to change as well. In her mind she still saw the struggling, overwhelmed, fragile child she had taken under her protective wing. She was now feeling frustrated and guilty because Donny was struggling again and, in her mind again, she wasn't doing enough to help him. She had run interference for him and smoothed the way, but now the teenaged son resented her interventions.

What the mother and son could now see was that Donny wanted to be more mature and independent, but found the way blocked by — of all people! — his caring and supportive mother. By trying so hard to be helpful Christine was smothering her son and keeping him in a more dependent role. It frustrated both of them, and left both feeling that they were failing in some way.

Below are ten suggestions to help parents avoid worrying excessively and being overprotective towards their child with ADHD.

Keep expectations and goals realistic. ADHD cannot be "cured" because there is nothing to cure -- this is not an illness or a disease. A realistic goal is to help your child manage it well by providing strategies and interventions that are helpful for that particular child. Even with ideal interventions in place (a great IEP, therapeutic and tutoring help, the right medication at the right dosage, etc.) most children will likely continue to struggle at times. Expecting too much from your child, or from yourself as a parent, is not helpful or fair to either of you. Sometimes the paper is put off until the night before its due, and sometimes the garbage doesn't get taken out.

Don't let guilt or fear make you overprotective. ADHD is a biological condition that in most cases is genetically transmitted. It is not anybody's "fault." Parents are not guilty of "giving" their child ADHD any more than they are guilty of giving their child life. As parents, feeling guilty or excessively worried is a great recipe for trying to do too much for the child. Take a breath, relax, and remind yourself that your child is not doomed to a life of failure if you don't protect her from every danger and solve every problem. By its very nature, overprotecting is smothering.

Don't bail out the child from every mistake. Let the child live with "safe" mistakes in situations that won't cause irreparable damage. Let him learn from the natural consequences that result from his behavior. In order to learn responsibility, there must be accountability. The most powerful lessons in life are the ones we learn from the consequences of our own behavior. If your son insists on wearing an earring to his part time job, for example, and ends up losing the job over it, discuss the issue but let him deal with the situation himself.

Respect the child's need for privacy. Monitoring your child's behavior is a basic parenting responsibility. This can also be overdone, usually due to excessive fears and concerns on the part of the parent. Everyone needs some space that is private and personal. Closed doors should be knocked on before entering. It's usually not a good idea to search the child's room or go through her possessions unless there is good reason to believe you'll find something unhealthy or not acceptable. For many children, what feels most like being smothered is when the parent is "snooping."

Don't try to choose your child's friends. This strategy usually backfires, and most particularly with teens. Identifying with one's friends, and sticking up for them if they're criticized or under attack, is a normal part of maturing and developing a sense of independence. That certain friend you consider a bad influence on your child won't necessarily be a friend for the long term, or may not be as "bad" as you perceive them to be. It may be better in the long run to tolerate the friendship than to fight or over it. The exceptions to this rule, of course, are situations that place the child in danger, such as drug use or criminal activity.

Provide monitoring based on the child's needs and developmental level. Most children with ADHD need more frequent monitoring and supervision, and to an older age compared with their peers. Take your cues from the child's behavior in trying to maintain a healthy balance between too little monitoring and supervision, and too much. Too little monitoring increases the chances of problems being overlooked, problems being repeated, or the child getting into situations that hold unacceptable risks. Too much monitoring for a child who is reasonably responsible may cause excessive conflicts, resentment, and rebelliousness.

Allow freedom and privileges based on the child's developmental level. As the child demonstrates ability to behave responsibly, increase the privileges and freedom allowed. The parent who is excessively worried and overprotective is the one more likely to hold the reins tight and not allow the child enough freedom to learn and grow. This in turn may stunt emotional growth, self-esteem, and sense of competence. Again, take your cues from the child's behavior about how much freedom he can handle and make adjustments accordingly. A good rule of thumb for restricting freedoms, when restrictions are warranted, is the principle of "if you abuse it, you lose it."

Encourage and support independence. Our ultimate job as parents is to raise a child who grows up and no longer needs us. Certainly most parents would agree with this statement on a cognitive level, however accepting it on an emotional level can get a little tricky. Confidence, self-esteem, and the ability to tackle life's challenges come from a sense of being competent and self-sufficient. Being overprotective sends the child a message that the parent lacks confidence and faith in her ability to manage her responsibilities.

Don't misinterpret teenage independence and mild rebelliousness as disrespect or rejection. Adolescence is a time of hope and growth, but also for most teens a time of confusion and insecurity. Developing one's own sense of identity is the major developmental task in adolescence. Often this finds expression in more disagreements, conflicts, and simply making a point of being "different" from the parents. When you throw in the extra emotionally and impulsivity that comes with ADHD, the process of adolescent maturation and rebelliousness can become very lively indeed!

Pick your battles carefully. Not everything is worth fighting over, otherwise everything would become a battle. Being overprotective almost guarantees more conflicts between parent and child, unless the child is very passive or insecure. Allow mild rebellion in "safe" areas and keep in mind that, yes, your son's green hair will grow out eventually, and that it's more important to be a trusted parent than a fashion critic. Take a stand on the important issues and don't sweat the small stuff.