Mothers and Daughters With ADHD 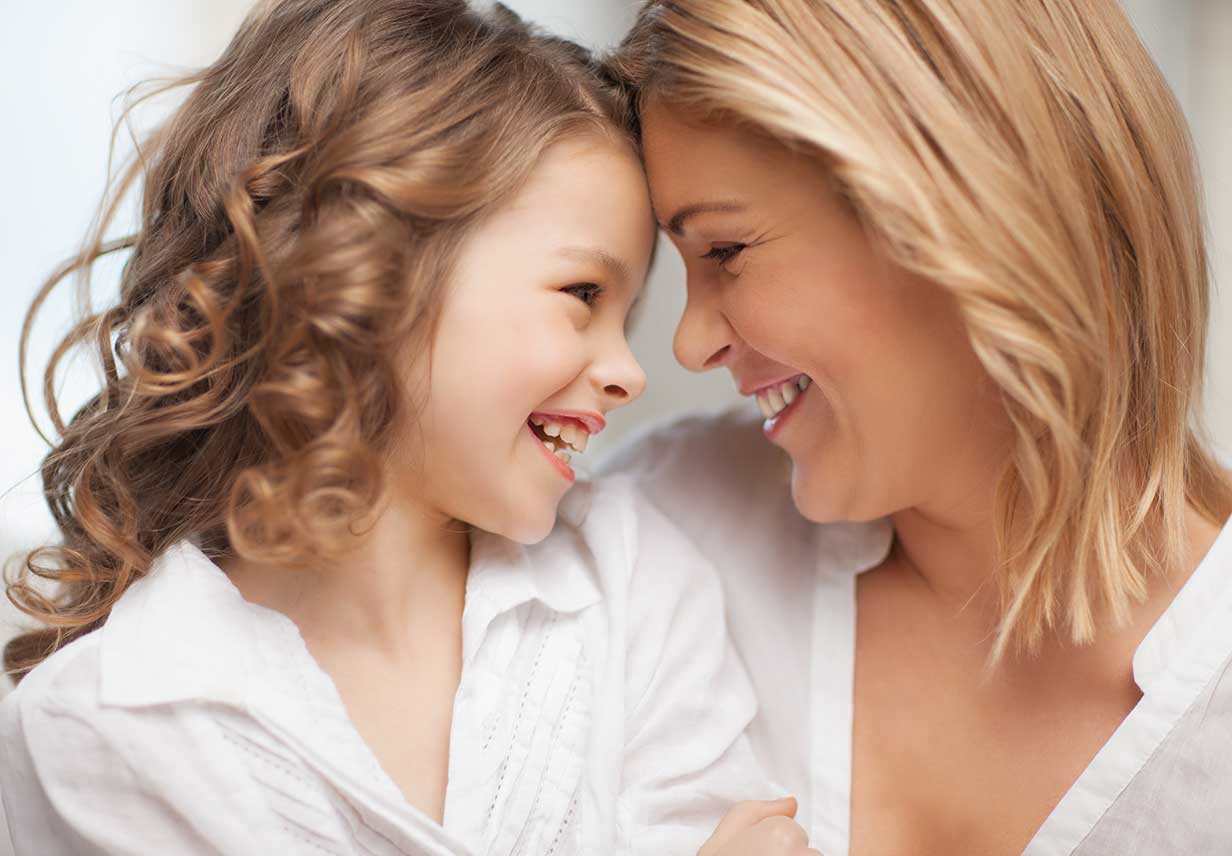 "My daughter is driving me crazy!" Karen exclaims with a good deal of exasperation in her voice. "She is so immature and irresponsible, I'm worried sick about her. She won't listen to me or let me try to help her. Everything I say to her ends up being an argument!"

The source of her frustration is Megan, a polite, energetic 15-year-old. She is popular with peers at school and constantly occupied with extracurricular activities and social plans. Both she and her mother are tall and slim, with large inquisitive blue eyes. People have made numerous comments about how much Megan looks like her mom. Unfortunately, Karen reports, when it comes to behavior and personality they are worlds apart. "If she didn't look so much like me," the mother says with a smile, "I'd be wondering if someone switched babies on me at the hospital."

By the time Megan was four years old it became clear that she was different — and more difficult — compared to her two older siblings. When she reached school age, it became impossible to get her ready and out the door in the morning. She would not follow routines, or would stick with them only for a short while. Not only was Megan frequently late for school, she made her mother late for work as well.

Getting Megan started on homework in the evening became a daily battle. School projects were all too often forgotten, or ignored until the night before they were due. She was obviously bright and capable of excellent work — but also a maddeningly inconsistent student. The struggles and emotional battles between mother and daughter left everyone in the family feeling frustrated and upset. Karen lost track long ago of the number of times Megan threw an emotional fit in stores and restaurants when she didn't get her way.

As an adolescent, Karen complains, Megan shows precious little consideration for rules, deadlines, or other people in the family. She is strongly opinionated and never hesitates to argue her point of view passionately and endlessly — particularly with her mother! She does not follow plans or think about consequences. Megan overreacts emotionally to minor and major frustrations, and to limits placed on her freedom. Being criticized or punished by her mom has resulted in blow-ups and anger tantrums that throw the entire household into chaos. What made things even more difficult is that Megan's behavior has gotten worse over the past two or three years.

Karen is employed in a high level administrative position with a large company. She enjoys the responsibility of coordinating important projects and takes a great deal of pride in her work. Karen is organized and highly efficient because, in her mind, she has no choice — her life demands it. Raising three children as a single parent, she had to become organized and efficient as well at home and in her daily life. Her two other children, Lisa and Ricky, cooperate with the household routines and are well behaved for the most part. "Where did I fail so miserably with Megan?" Karen wonders.

The simple answer, of course, is that she didn't "fail" her daughter. By the same token, Megan is not "failing" her mother. The difficulties Megan experienced, and the challenges and tribulations that came up in her relationship with her frazzled mom, were not anybody's blame or fault. Megan was simply being Megan — strong willed, highly emotional, easily frustrated, disorganized, forgetful, and inconsistent. She did not choose to have ADHD — it came as part of her genetic makeup.

The more complicated answer, which Karen came to understand better through discussion and reflection, was that the highly responsible and achieving mother expected her daughter to follow in her footsteps. This was not due to some pop-psych need to be controlling, but rather to a parent's sincere wish for happiness and success for her children. Lisa and Ricky were up to this task and readily complied. Megan, on the other hand, always marched to the beat of her own drummer. This became a source of endless frustration and conflicts between mother and daughter. It was a battle neither wanted, yet both felt stuck and powerless to change the ongoing dynamics that shaped their relationship.

Karen could not understand nor accept what looked, to her, like Megan's utter lack of motivation and responsibility, not to mention her seemingly total lack of respect for rules and expectations. Intellectually the mother had a general understanding of the symptoms of ADHD. Emotionally she could not quite accept that Megan's differences made her all that, well, "different." She expected Megan to behave like any responsible 15-year-old, no different from her older sister and brother, and for that matter no different than Karen when she was Megan's age. There was nothing wrong with that, was there? They all turned out okay. She simply wanted the same for Megan.

The fact that Megan was not going along with the program not only dismayed her mother, deep down it worried her tremendously. She was scared about her daughter's future. If Megan didn't become more responsible, what would happen to her? In three years she would be out of the house and, hopefully, at a good college. Considering Megan's immaturity at 15, that thought filled her mother with almost unbearable anxiety. The more Karen worried, the less patient she became with Megan and the harder she tried to straighten out the problems. It was difficult to admit that her strategy was not working. Worse, it was backfiring for both of them.

What Megan felt on her end was a great deal of disapproval and pressure coming from her mother. Her perception, which over the years grew into a core belief, was that she could do nothing right in her mother's eyes. When she felt nagged, criticized, or pressured by her mom — for what seemed like the 10,000th time! — Megan would react defensively and argue with her mother. She had heard all the lectures, advice, and pep talks many times since she was in grade school. That didn't help — when would her mom get a clue? She knew that her mother meant well, but good grief! The lectures didn't motivate her, they just made her feel more frustrated and demoralized.

When Megan thought about it she had to admit that her mother had a point. Of course she needed to be more organized. She needed to get better at getting things done. She hated being so forgetful and getting in trouble for it. What Megan also firmly believed was that she was different, and not in a good way. Starting in about the fourth grade, she never felt that she was as good as the other kids. She definitely knew that she wasn't as good as her brother and sister, and would never get half the approval they got from mom. She still loved them though and didn't hold that against them.

The two things Megan wished for most of all was to do well in school and to have her mom be proud of her. Unfortunately, and sadly, both of those things seemed beyond her reach. When she thought about it she felt depressed, so she tried not to think about it too much. She was popular with her friends and could always find some fun things to do.

What Karen was surprised to discover, during a particularly emotional session with her daughter, was that Megan also felt deeply frustrated, anxious, and sometimes frightened by her inability to manage things better. Responsibility felt overwhelming to her — what she saw in her history was a long series of small and large failures. Lacking a strong sense of competence and feeling powerless to change, what Megan expected was more of the same. The future seemed like an empty, hazy, sometimes terrifying void. Independence was just a theoretical concept, something Megan could not yet envision being part of her life.

What Karen also came to realize was how much her opinionated, argumentative daughter needed her emotionally. The most powerful need was not to teach, lecture, or motivate, but to provide Megan with encouragement and support, to express faith and confidence in her as she did with her other children, and most of all not to allow her fears and worries get in the way of expressing her love. Teachers and tutors could work on improving Megan's academic performance. Her therapist could focus on building better coping skills and improving self-esteem. Medication could help manage her distractibility and activation difficulties. What Megan needed most from her mom was to simply be mom.