Eight Keys to Healthy Communication With Your ADHD Teen 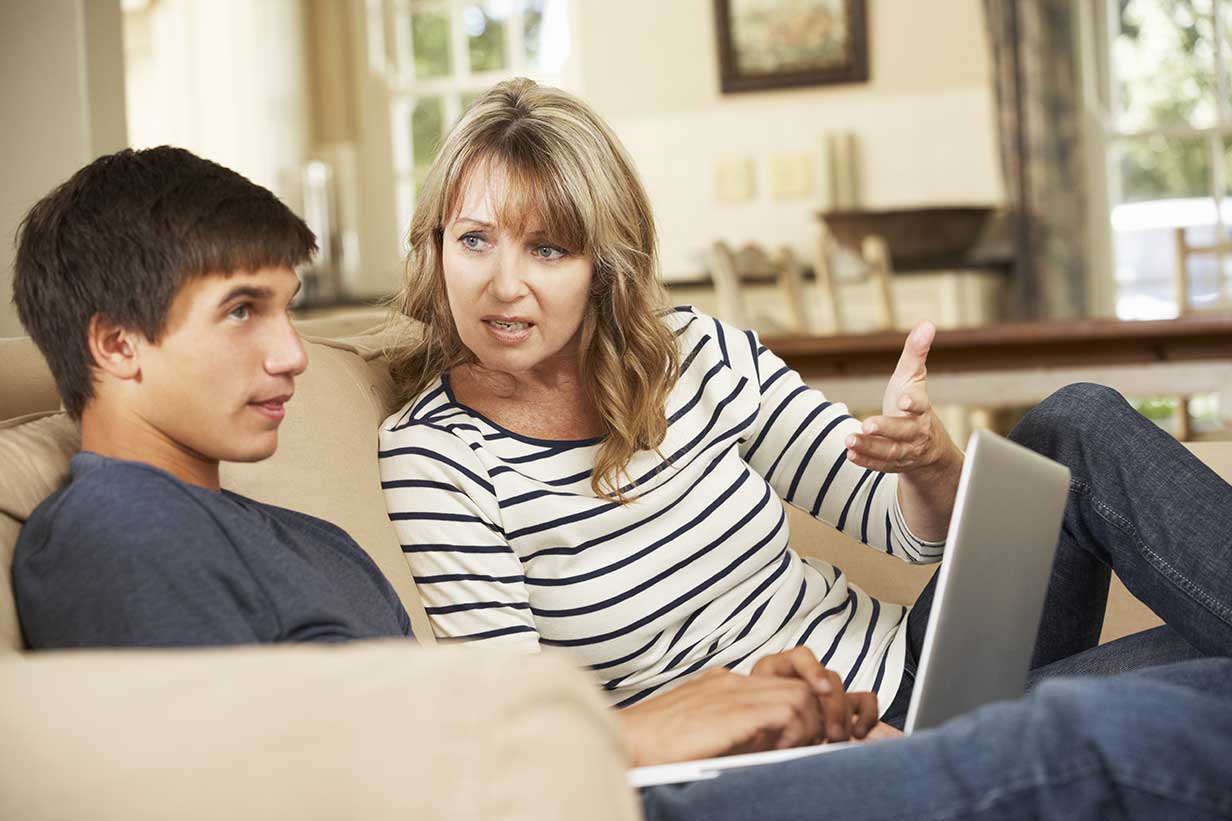 What is more challenging, rewarding, exasperating, and exhilarating than raising a child with ADHD? The answer, many parents will tell you, is raising a teenager with ADHD. Consider first the high emotionality, impulsivity, low frustration tolerance, energy and creativity which are often associated with ADHD. Now combine those with adolescent hormonal changes, a growing sense of individuality and independence, and a healthy dose of challenging authority. Next, discard any thoughts of leading a boring and humdrum lifestyle for the next several years. Prepare for times when you're thrilled and your heart melts, and times when you're pulling out your hair — all within the same hour. It all comes with the territory.

The ratio of exhilaration to aggravation depends on the behavior of the parent as much as the behavior of the adolescent. This article discusses some essential principles of communication and parenting which may help make family life easier for everyone involved. These principles apply to all parents and teens, but in my opinion are even more relevant when the adolescent has ADHD.

Focus on solutions, not problems. It is more constructive to suggest and discuss practical solutions to problems, rather than focusing on what the problem is. In most instances the nature of the problem is very clear to everyone involved; discussing it repeatedly is frustrating and discouraging. Adolescents in particular need to clearly understand the reasons for the things they are asked to do, believe in the practical benefits it has for them, and have some sense of hope that their efforts will be successful. Without that understanding and hope, the motivation to change behavior will be minimal or nonexistent.

Listen. One of the most essential factors in effective communication is so basic that we can easily overlook it or take it for granted. The magic word is: listen. When you have something to say to your child, you certainly expect that she or he will listen respectfully and take what you have to say seriously. Communication being a two-way street, this expectation cuts in both directions. Your teen needs to be heard with the same level of consideration and respect from you. If you're too upset or angry to listen, then you're also too upset to communicate. Take some time to cool off and resume the discussion later.

Use healthy compromise. Developing a sense of individuality and independence is part of the natural process of maturation in adolescence. Parent-child disagreements are sure to follow, which require discussion, rules, and very likely more discussion and some modification of rules when appropriate. Some family rules are non-negotiable; for adolescents these typically involve health, safety, and anything that might get them arrested. Almost anything else can be compromised to some degree, either in the interest of fairness or because the issue isn't worth fighting over.

Keep emotional outbursts in a biological perspective. Generally speaking, in any close relationship things said in the heat of anger are best forgotten and forgiven. Things said in the heat of anger by a highly emotional and impulsive ADHD teen must be forgotten and forgiven, and the sooner the better. No, mom, she doesn't really wish you were dead. No, dad, he doesn't really think you're a Nazi.

Avoid confrontational or controlling body language. Nothing says "let's fight" more clearly than getting in someone's face when you're talking to the person. When a person standing up (usually the parent) talks to a person sitting down (usually the child), the nonverbal cues place the person sitting down in a position of inferiority. When a parent stands in the doorway, glaring, with hands firmly planted on hips, the clear nonverbal message is "I have already decided that you are wrong, now let me tell you why and what we're going to do about it." Body language sends powerful messages, sometimes drowning out entirely whatever words are being said. An adolescent with ADHD is even more likely to pick up these cues, and to react to them strongly, than an adolescent who doesn't have ADHD.

Acknowledge, praise, and celebrate the good stuff. Stop for a minute and think back to the people who had the most positive influence on your behavior and personality when you were growing up. Were these the people who tended to criticize your faults and punish your failures? Or were they the people who encouraged you, showed undying faith in you, and praised your accomplishments? The answer is so obvious it hardly needs stating. Unfortunately, in the frustration of seemingly never-ending struggles and endless battles, that obvious answer is all too often forgotten. Particularly when parenting children and adolescents with ADHD, the amount of praise and rewards you give needs to double or triple the amount of criticism and punishments. If you find yourself thinking "but I can't find anything to praise," chances are pretty strong that you're focused so hard on the problem that you lost sight of the child.

Get your point across without attacking. Healthy communication is respectful and always considerate of the other person. It is never a contest or a battle to see who's right. Absolutely no one "wins" an argument in a family dispute. You might vent your anger and win all the debate points, but if you hurt the other person in the process you have just lost a much larger battle by hurting the relationship. Many, perhaps most, people with ADHD are very sensitive to criticism and feel the hurt for a long time.

Don't rehash the past. Is there anything more irritating and less constructive than bringing up problems and complaints from the past? If ADHD is part of the picture, the repetition feels even more boring and unbearable. When you bring up a problem from the past for the 10th time, the automatic mental response from your teen is to tune you out for the 10th time. Why waste everyone's time and patience in rehashing the past, when the present is so much more relevant and the future infinitely more intriguing and open to possibilities?