How to stop and prevent bullying behavior 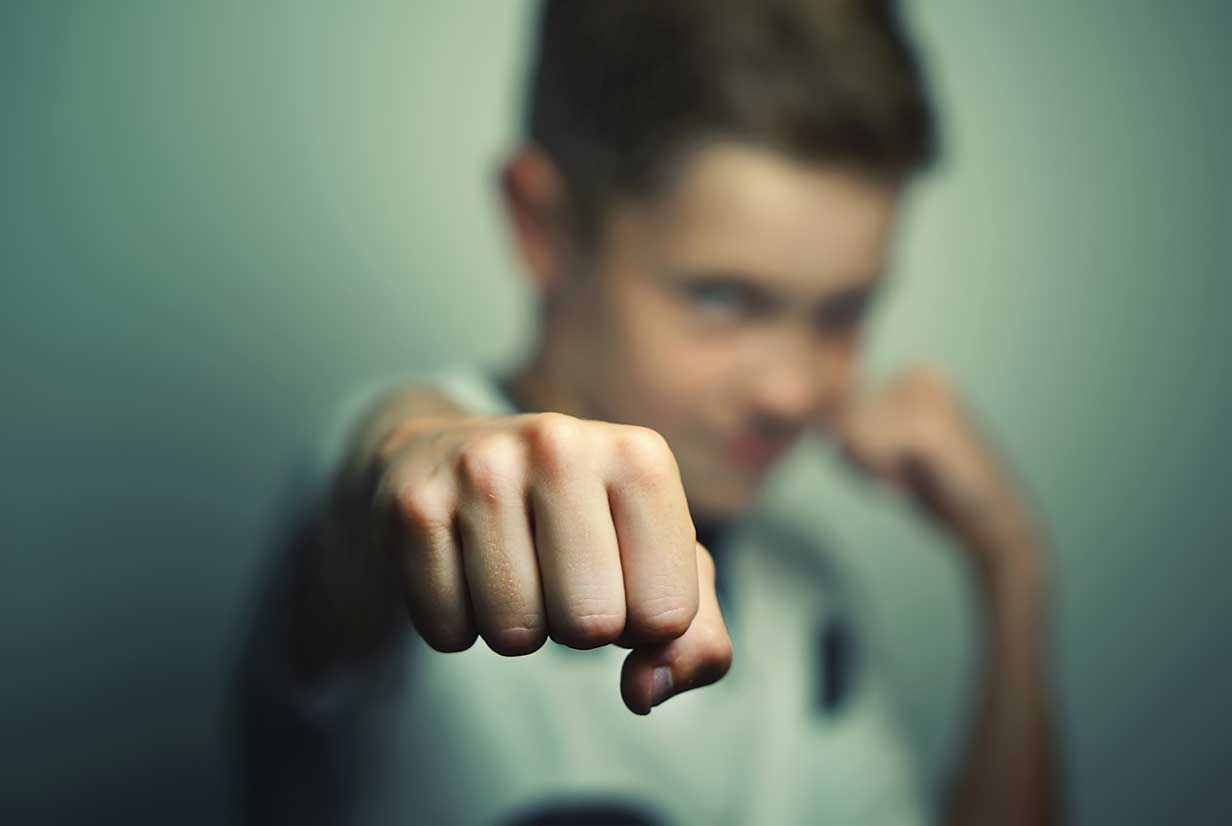 Tommy's father was taken by surprise when the school counselor called him at work one afternoon. Apparently Tommy had been getting into fights with a boy in his class. Name-calling and taunting led to shoving and punching. That morning the two boys had gotten into a fight in the hallway, which ended when a teacher separated them after Tommy pushed the boy hard against his locker and punched him in the stomach.

This was the third such incident during the current semester, and clearly the school could not tolerate such aggressive behavior. Tommy was disciplined for prior incidents of fighting, but the behavior continued. Was there anything going on in Tommy's life that would cause him to be angry and aggressive, the counselor wondered? Perhaps his ADHD medication had stopped working as effectively. The gist of the matter was that Tommy was suspended from school pending a meeting between the counselor, the principal, and the parents.

When questioned about the incident by his parents, Tommy seemed somewhat embarrassed but unrepentant. The other boy, named Jeff, was a big jerk who picked on Tommy. Jeff cursed at him in front of their friends; sometimes he started fights. Tommy wasn't going to be insulted and pushed around and not do anything about it! His parents were appropriately concerned but not greatly worried about the situation. Sixth grade boys get into conflicts, they knew. Tommy was not a violent child and he understood that fighting at school was unacceptable. Surely whatever was going on between Jeff and Tommy could be worked out and the problem resolved.

The school counselor and principal painted a different picture of the situation compared to what Tommy described. According to other students in the class, Tommy was almost always the instigator in starting conflicts. He made fun of Jeff, taunted the boy if he became upset, and became physically aggressive when Jeff fought back. This was not a conflict between two young boys, but rather a case of a bigger and stronger child shaming and intimidating a smaller and more vulnerable child. In short, Jeff was the victim of a bully. To the great surprise of Tommy's parents, the bully was their son.

The very next day the family met with Tommy's psychologist to discuss this problem. This wasn't the child they knew — what was causing this bullying behavior? More importantly, what could they do to stop it?

In working with the psychologist a clearer picture emerged of what was happening in Tommy's emotional and social life. He was unhappy with his poor performance in a number of subjects, and worried about failing. Tommy had always had some difficulty making and keeping friends, in part because of his impulsivity, low frustration tolerance, and tendency to get pushy with other kids. This school year in particular Tommy felt even more isolated from his school peers. He was feeling helpless in the face of problems that seemed to be getting worse. Quite simply, Tommy was scared. Things seemed to be spinning out of control and he was powerless to do anything about them.

The strong feelings of frustration and anger that Tommy felt were primarily towards himself. He could not identify nor articulate the source of these feelings on his own, however. The therapy sessions helped in this area. Tommy's parents and teachers focused on helping him improve his school performance, which in turn greatly decreased his fear of failing and the pressures that brought on him. His therapy sessions helped instill a stronger sense of competence and boost his self-esteem. Tommy's teachers and counselor monitored him more closely at school, and worked with his parents to deal with aggressive behavior as soon as problems came up. Fortunately, as Tommy's academic and emotional functioning improved the bullying behavior stopped.

Twelve Tips For Helping Your Child Quit Acting Like A Bully