Bullying and ADHD (Part One)

How to help your child cope with bullying 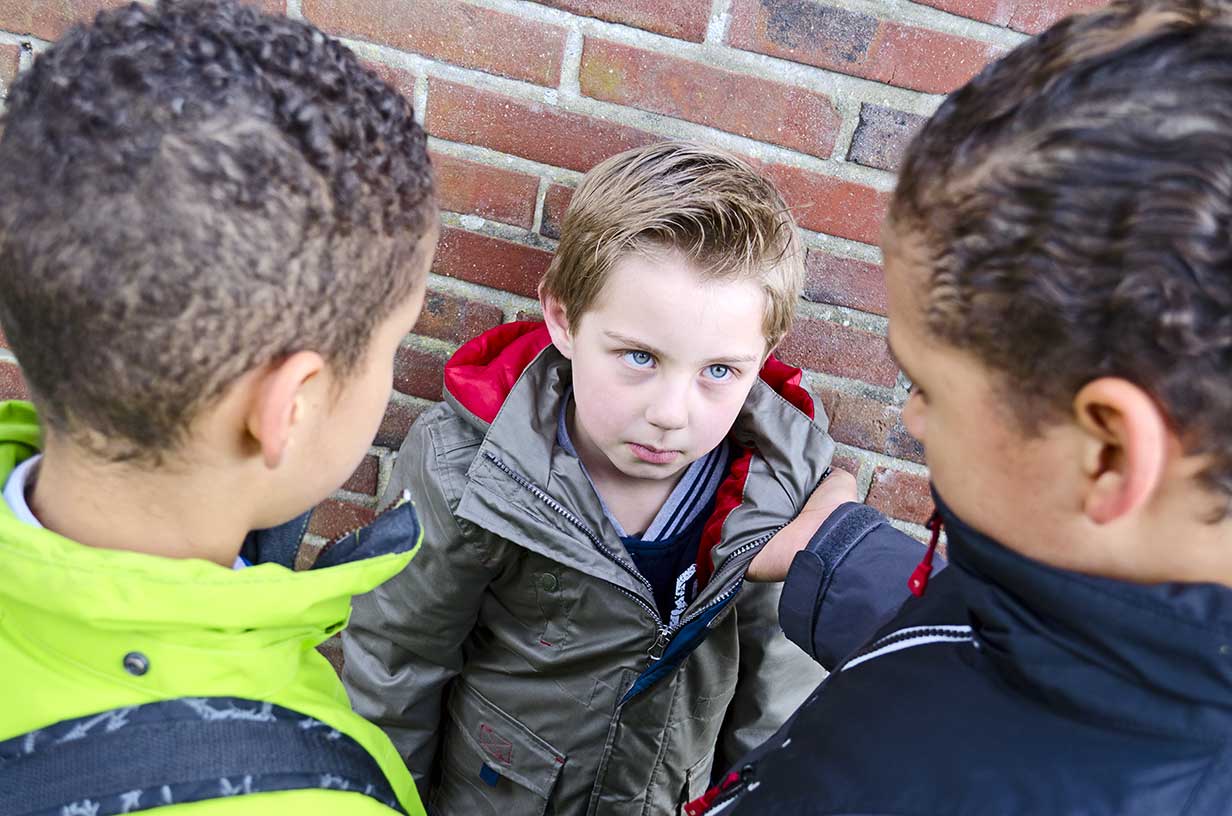 Chris is a polite, very bright seventh grader. Every teacher since kindergarten has remarked to Chris' parents that he is a pleasure to have in their class. He has a couple of close friends but is somewhat shy and uncomfortable among people he doesn't know. A year ago Chris was diagnosed with the inattentive subtype of ADHD. He was doing well with treatment and the accommodations provided at school to help him stay organized and on top of his academic work. Shortly after starting seventh grade, however, his parents saw a noticeable change in his behavior. Chris seemed more anxious, moody, and withdrawn. He put less effort into his schoolwork, with noticeably less enthusiasm.

Chris' parents were appropriately concerned but not alarmed. The transition to junior high school is stressful for every child, they knew, and Chris needed a period of adjustment. When his behavior got worse instead of better over the course of several weeks, they sat down with Chris and had a long and honest conversation. His typical answer of "everything's fine" gradually changed to embarrassed silence, then tears, and finally a painful admission. Since the first week of school, Chris told them through tears, he was bullied almost on a daily basis. The bullies were three kids at school he didn't even know. They called him names in front of the other kids, made fun of how he dressed and walked, and sometimes pushed or shoved him in the hallways.

Chris was miserably unhappy but too embarrassed and ashamed to discuss the bullying with his parents or teachers. He tried ignoring the bullies, but it only got worse. Why were these kids being so mean to him? Chris felt confused, utterly demoralized, and helpless. No one could stop the bullies, so why even bother talking about it?

The problem Chris was having with bullying is much more common and widespread than most parents, educators, or health care professionals realize. In a nationally representative study of over 15,000 students in grades six through 10, research psychologists discovered that 17% of students reported having been bullied during that school term. About 19% of the children reported bullying others "sometimes" or more often, and 6% reported both bullying and having been bullied. In another national study of sixth grade students and their teachers, University of Nebraska researchers found that 75% had been victims of bullying, bullied other children, or both, during the current school year.

Although some adults tend to dismiss bullying as "just kids being kids," this is clearly a serious problem that causes emotional damage to a great number of children. Bullying behavior may be physical (pushing, shoving, hitting, tripping), verbal (name calling, being picked on), or social (deliberately excluding the victim from groups or activities). What all bullying behavior has in common is that it is abusive and emotionally damaging.

Bullying is not childish teasing or conflicts, but a form of victimization. The adult equivalent to such behaviors would be, for example, child abuse, domestic violence, and physical assault. All of these involve significant physical and/or emotional damage to the victim. No one can fully measure or know the extent of the damage suffered by victims of bullying. Certainly we see the results in the plight, and pain, of children like Chris. In extreme cases the effects of bullying can lead to tragic consequences, where a victim reacts in desperation by doing harm to self or others. According to information from the Secret Service and the Department of Education, studies of 37 school shootings showed that approximately three-fourths of the shooters felt bullied, threatened, attacked, or injured by others.

Although Chris fits the "profile" of bullying victims in some ways (smaller compared to his peers, shy and unassertive, not part of any social group) any child may become a victim. The children at greater risk tend to be smaller and weaker, more insecure, passive rather than assertive, have poor social skills, don't stand up for themselves when confronted, and react emotionally to the bullying behavior by getting visibly upset, crying, or showing anger.

Although specific research is needed in this area, it seems likely that many children with ADHD are at greater risk for being bullied. Many ADHD kids act "different" in some ways in the company of their peers, particularly if they are physically hyper, impulsive, or intrusive. Many children with ADHD have difficulty picking up social cues and thus may misinterpret behavior or not react appropriately. She or he may be treated as an outsider, or view themselves as outsiders and become more isolated. In light of the higher degree of emotionality among ADHD children, they are more likely to overreact emotionally when teased or bullied. Reacting emotionally and giving evidence of being bothered is like throwing gasoline on the fire of bullying — it makes the bully feel stronger and more in control.

After listening to Chris and getting as much information and details as they could, his parents reassured him and praised his honesty. Clearly Chris was not the instigator and was not, from everything they could tell, contributing to the problem. The parents met with the school principal to discuss the problem. The principal was very sympathetic and obviously concerned about the problem with bullying on a school wide basis. She met with the students who were doing the bullying, talking to each one individually, and also met with their parents. The bullying did not stop altogether for Chris, but now it happens only occasionally. He knows how to better deal with the bullying when it does occur. Just as importantly, he knows that he has a team behind him including his parents and the principal. His time at school is not spent in fear, shame, and feelings of helplessness.

Twelve Tips For Helping Your Child Deal With Bullying